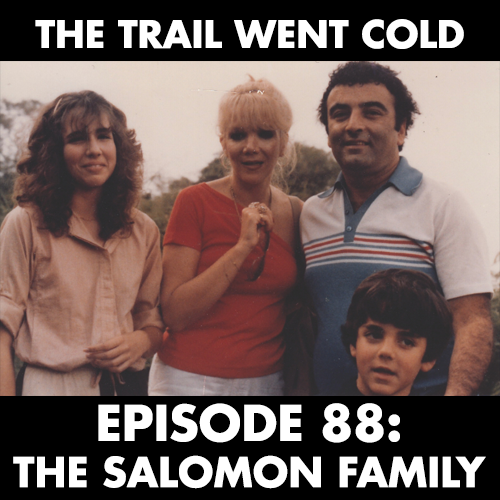 October 12, 1982. Los Angeles, California. 35-year old Sol Salomon, his 39-year old wife Elaine, his 15-year old stepdaughter Michelle, and their 9-year old son Mitchell all vanish without explanation from their home. Evidence suggests they were victims of foul play and pieces of their identification are found scattered alongside a freeway. The investigation leads to Harvey Rader, a business acquaintance of Sol’s who is accused of killing the entire family and burying their bodies in the desert, and is also considered a potential suspect in the unsolved disappearance of a California couple named Peter and Joan Davis. Rader is eventually charged with murdering the Salomons, but after two mistrials, he is acquitted at his third trial in 1992. Did Harvey Rader get away with the murders of the Salomon family, or was someone else responsible? This week’s episode of “The Trail Went Cold” chronicles the harrowing unsolved disappearance of an entire family who have still never been found.