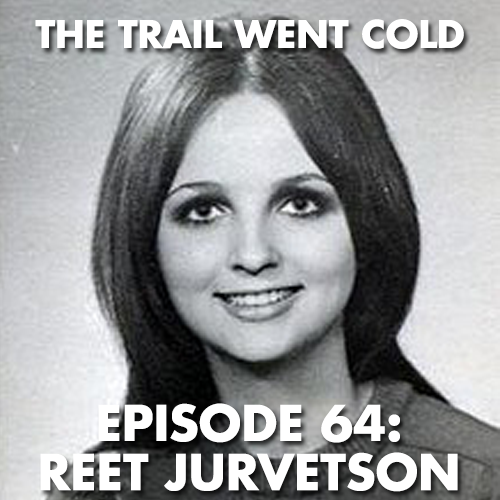 November 16, 1969. Los Angeles, California. The murdered body of a young white female is discovered on a ravine overlooking Mulholland Canyon. She has been stabbed 157 times, but since she cannot be identified, the victim simply becomes known as “Jane Doe 59”. 46 years later, DNA testing officially identifies her as 19-year old Reet Jurvetson, a Swedish-born Canadian citizen who had travelled to California before she went missing. Numerous theories surround the crime: was Reet an unconfirmed victim of the Manson Family? Or could her death be connected to an unidentified boyfriend named “Jean”, whom she was visiting before she was killed? On this week’s episode of “The Trail Went Cold”, we chronicle the brutal unsolved murder of a woman who regained her identity after four decades.