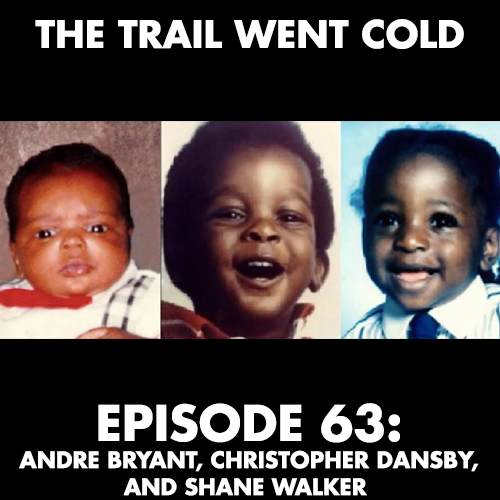 March 29, 1989. Brooklyn, New York. A 22-year old African-American woman named Monique Rivera and her six-week old son, Andre Bryant, leave on a shopping trip with two unidentified women, but never return. The following day, Monique’s murdered body is discovered in a wooded area, but Andre is nowhere to be found. Within the next four-and-a-half months, two more African-American infants from the New York City area, two-year old Christopher Dansby and 20-month old Shane Walker, are abducted under strikingly similar circumstances from the same playground and never seen again. Could there have been a connection between the disappearances of Andre, Christopher and Shane? We will be examining all three of these unsolved cases on this week’s episode of “The Trail Went Cold”. Special thanks to listener Cecily Cooper for narrating the opening of this episode.