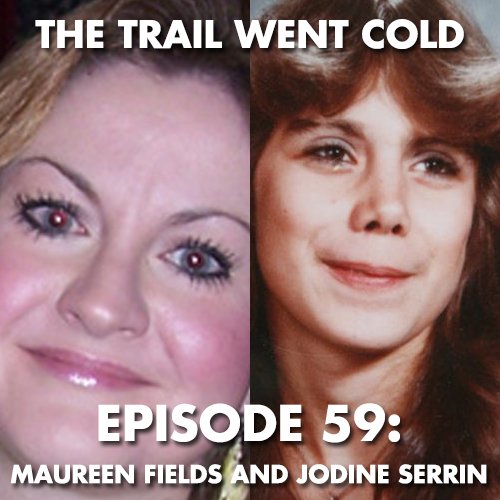 February 14, 2006. Pahrump, Nevada. While working her shift at a bank, 41-year old Maureen Fields expresses concern that something is going to happen to her. The following day, Maureen fails to show up for work and her husband, Paul Fields, claims he last saw her when she left the house that morning. Maureen’s abandoned car is discovered in the desert, but she is nowhere to be found and her husband immediately comes under suspicion. Years later, DNA evidence from the scene is matched to a convicted sex offender named Keith Wayne Holmes, but since he is suffering from dementia, Holmes is unable to provide answers about what happened before he passes away.

February 14, 2007. Carlsbad, California. After not hearing from her, the concerned parents of 39-year old Jodine Serrin, who suffers from a mental disability, arrive at her condo. Jodine’s father enters her bedroom and sees what appears to be a man engaged in sexual activity with his daughter. While the Serrins wait in the living room, the man sneaks out and Jodine’s parents are horrified to discover their daughter has been murdered and that they unknowingly came face-to-face with her killer, who assaulted Jodine after she was already dead! To learn more information about this case, including a composite sketch of the suspect, please visit the website, jodineserrin.net.

This week’s edition of “The Trail Went Cold” is a special double feature episode which will be chronicling two unsolved cold cases which took place on Valentine’s Day.

We would like to thank our sponsor for this episode: BarkBox. For a free extra month of BarkBox, go to barkbox.com/cold when you subscribe to a 6 or 12 month plan.