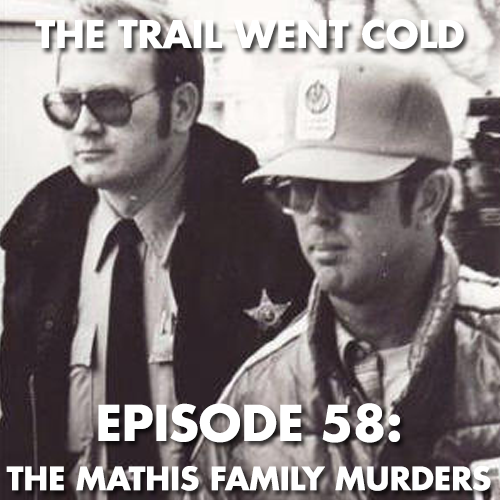 September 8, 1981. Mount Vernon, South Dakota. 30-year old John Mathis contacts police to inform them that he has been shot in the arm after a struggle with a masked attacker on his farm. When police arrive, they discover that John’s wife, LaDonna Mathis, and their two children, four-year old Brian and two-year old Patrick, have been shot to death. While John claims the masked attacker was responsible, investigators find a number of discrepancies in his story. John is eventually charged with murdering his wife and two sons, but when he goes on trial, the jury acquits him. Were LaDonna, Brian and Patrick actually killed by an unknown assailant? Or did John Mathis get away with the murder of his family? We examine both sides of this harrowing and controversial case on this week’s episode of “The Trail Went Cold”.