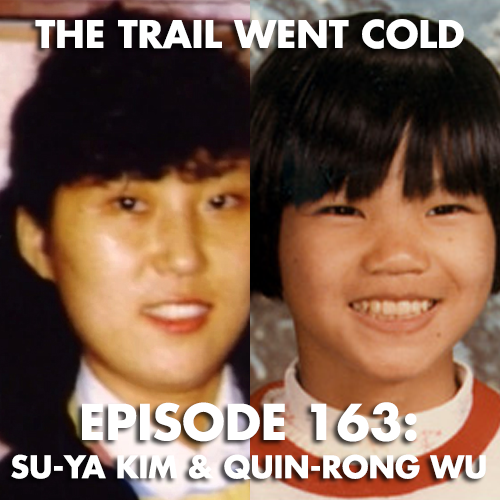 June 29, 1991. New York City. Su-Ya Kim leaves her children with their grandmother to go shopping, but never returns. Ten hours later, Su-Ya’s nude body is discovered in a dumpster after she has been stabbed nine times. A security guard reports interacting with an unidentified white male who drove away from the dumpster before the body’s discovery, but even though his vehicle’s licence number is checked, the lead goes nowhere and Su-Ya’s killer is never found.

May 13, 1997. New York City. 11-year old Quin-Rong Wu is walked partway to school by her mother, but after they go their separate ways, Quin-Rong disappears. Two weeks later, Quin-Rong’s body is discovered in the East River and it turns out she has been strangled to death. While a witness reports seeing Quin-Rong on the subway with a middle-aged white male on the day she went missing, police start directing suspicion towards her parents. Was Quin-Rong abducted and murdered by a predator? Or could her own family have been involved in what happened?

On this week’s episode of “The Trail Went Cold”, we cover two separate unsolved cold cases involving female victims who emigrated from Asia to New York before they were brutally murdered.