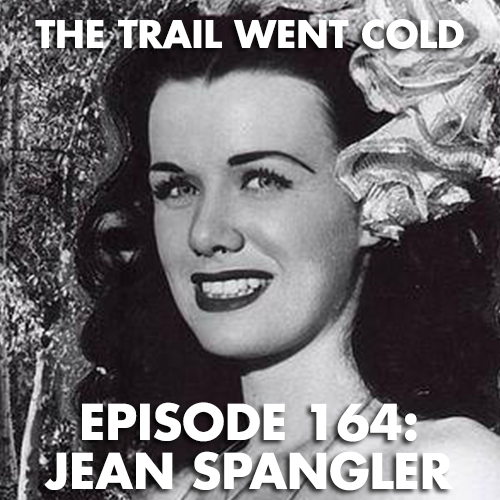 October 7, 1949. Los Angeles, California. 26-year old actress Jean Spangler leaves her home and asks her sister-in-law to watch over her daughter. Jean says she is planning to meet with her ex-husband and spend the night working on a film shoot, but she soon vanishes without a trace. Two days later, Jean’s purse is discovered in Griffith Park, containing a cryptic note addressed to someone named “Kirk”. Since Jean had recently worked on a film starring actor Kirk Douglas, there is speculation that the note might be addressed to him, but he denies any knowledge of what happened. There are numerous theories surrounding Jean’s disappearance, including speculation about a botched abortion, rumours about her becoming involved with organized crime figures, and even a potential connection to the “Black Dahlia” murder. On this week’s episode of “The Trail Went Cold”, we shall cover an unsolved missing persons case which has remained one of Hollywood’s most baffling mysteries.