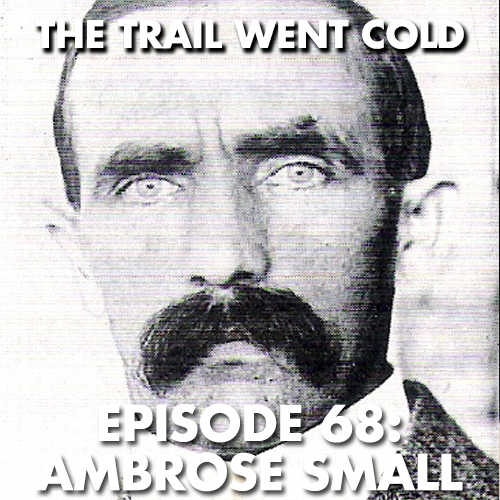 December 2, 1919. Toronto, Ontario. Ambrose Small, a wealthy 56-year old theater tycoon, has just completed a deal to sell off all his holdings for $1.7 million. After having a meeting with his lawyer at his office at the Grand Opera House, Small vanishes without a trace. Over the years, suspicion would be directed at numerous suspects, including Small’s wife and his personal secretary, who fled the country after stealing some of Small’s bonds. However, there was never enough evidence to implicate anyone and the case would even veer into supernatural territory after there were reported sightings of Small’s ghost haunting one of his former theatres. After 68 full-length episodes and 32 minisodes, “The Trail Went Cold” has officially released its 100th episode and to commemorate the occasion, we have travelled back nearly 100 years to cover one of Canada’s most famous unsolved mysteries. Special thanks to listeners Heather Jones, Laura Fulks, Andrea Canfield, Abbey Martin and Casey Brandt for narrating sections of today’s episode.

“The Trail Went Cold” is now on Patreon! Visit www.patreon.com/thetrailwentcold to become a patron and gain access to our exclusive bonus content.