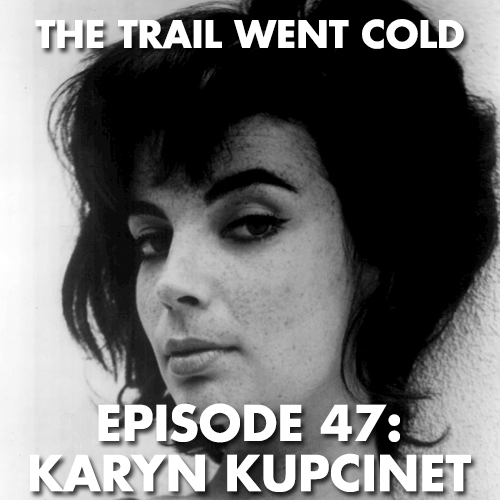 November 30, 1963. West Hollywood, California. After not being heard from for over two days, the nude body of 22-year actress Karyn Kupcinet is discovered on the couch inside her apartment. Her death is initially suspected of being a drug overdose, but when the coroner discovers a broken hyoid bone in Karyn’s throat, he rules that she was a victim of strangulation. Years later, Karyn’s death is unexpectedly linked to the assassination of President John F. Kennedy with allegations that she was murdered because she attempted to make an anonymous phone call and prevent the assassination minutes before it happened. Was Karyn Kupcinet a victim of foul play or was her death simply the result of a tragic accident? In this week’s episode of “The Trail Went Cold”, we explore a case which is one of Hollywood’s most baffling unsolved mysteries and the source of an unlikely conspiracy theory surrounding the Kennedy assassination.

“Crime Wave: Reportage and Fiction from the Underside of L.A.” by James Ellroy