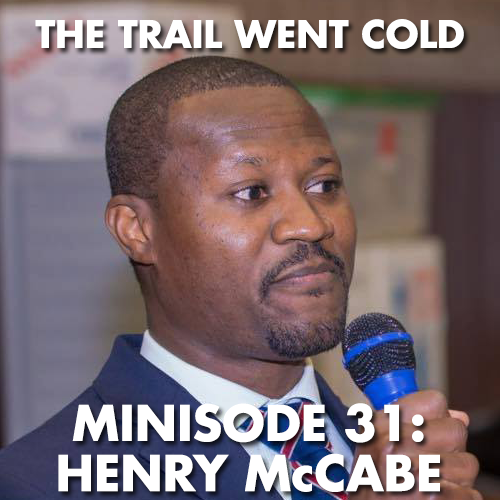 September 7, 2015. Fridley, Minnesota. After spending the evening at a nightclub, 32-year old Henry McCabe is dropped off at a gas station by an acquaintance sometime after 2:00 AM. Shortly thereafter, Henry’s wife receives a phone call in which he sounds like he’s moaning in pain and claiming he’s been shot, and she winds up recording an odd voicemail containing unexplained growling noises. Henry’s body is found in Rush Lake nearly two months later and since there are no noticeable signs of foul play, the cause of death is determined to be drowning. But how did Henry wind up in the lake, and what was going on during his bizarre phone call? In this week’s minisode of “The Trail Went Cold”, we cover a truly baffling unexplained death based around one of the strangest voicemails you’ll ever hear.

Thanks to HelloFresh for supporting our podcast. Go to www.HelloFresh.com and use the code cold30 to get $30 off your first week of deliveries.