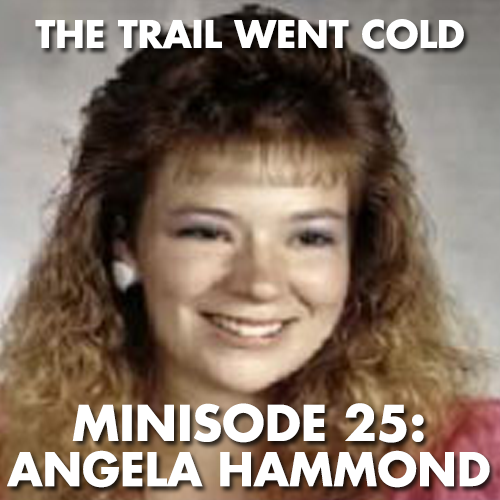 April 4, 1991. Clinton, Missouri. While driving home, 20-year old Angela Hammond stops at a phone booth to call her fiancee, Rob Shafer, and describes a suspicious-looking man in a pickup truck in the parking lot. Rob suddenly hears Angela scream and drives into town to check on her. He passes by a pick-up truck and sees Angela struggling with an unidentified man, but after attempting a pursuit, the transmission on Rob’s truck gives out and this is the last anyone ever sees of Angela. But who was Angela Hammond’s kidnapper and could this person have been responsible for other unsolved crimes which took place in the area during this time period? On this week’s minisode of “The Trail Went Cold”, we chronicle one of the most terrifying unsolved abductions you’ll ever hear about.

“Missing or Murdered in Missouri: Unsolved and Solved Cases” by Barbara Kemm-Highton