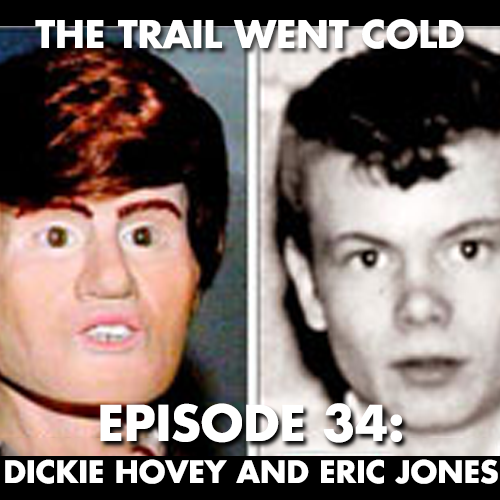 December 17, 1967. The skeletal remains of an unidentified male are found in Balsam Lake Provincial Park near Coboconk, Ontario, Canada. Five months later, the decomposing body of another unidentified male is discovered in a field near the village of Schomberg, and the similarities between the two scenes suggest that both victims were murdered by the same killer. The victims go unidentified for 40 years until clay busts of their heads are constructed and shown on television. They are both eventually recognized and identified by their families as Richard “Dickie” Hovey and Eric Jones. However, the exact circumstances of their murders are still unknown. This week, “The Trail Went Cold” will be venturing back to its native country for an episode about two young men who may have been victims of Canada’s first known serial killer.