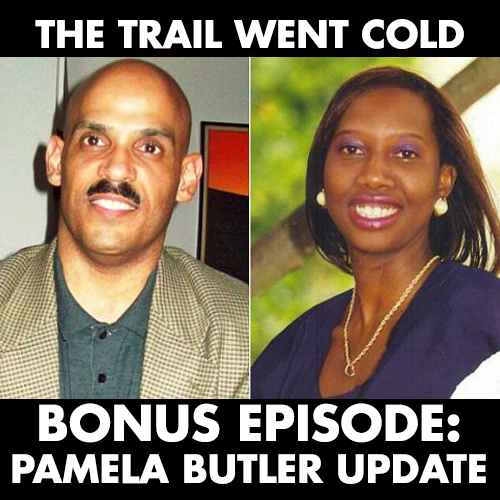 Back in January, we released a minisode about the disappearance of 47-year old Pamela Butler, who vanished from her Washington, D.C. home in February 2009. Even though Pam’s house was covered by security cameras, none of the surveillance footage showed her leaving, but her boyfriend, Jose Rodriguez-Cruz, was seen entering and exiting the home on multiple occasions in the days following her disappearance. On April 8, 2017, Jose was finally arrested and charged with Pam’s murder. Incredibly, it has now been revealed that Jose is also the prime suspect in the unsolved 1989 disappearance of his estranged wife! For the first time, “The Trail Went Cold” is presenting a bonus update minisode about one of the cases featured on our podcast, as we reveal what finally led to Jose Rodriguez-Cruz being charged with Pamela Butler’s murder and some shocking secrets which have emerged about his past.