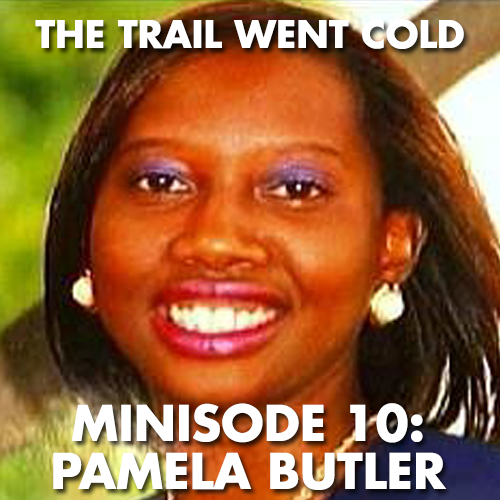 February 12, 2009. Washington, D.C.. 47-year old Pamela Butler phones her mother to say that she is planning to take her out on Valentine’s Day. Pam never shows up and after not hearing from her for several days, her family checks her house and discovers that she has vanished without explanation. Curiously, even though her home was covered with surveillance cameras, none of the footage shows Pam leaving during the time period she went missing, but her boyfriend can be seen entering and exiting the house on multiple occasions. In spite of this, there is no evidence of foul play or any trace of Pamela Butler. This week’s minisode of “The Trail Went Cold” chronicles a bizarre mystery about a woman who somehow managed to disappear from a locked home which had 24-hour surveillance.

Be sure to take part in our Facebook poll to help decide which case we will cover on our one-year anniversary show!