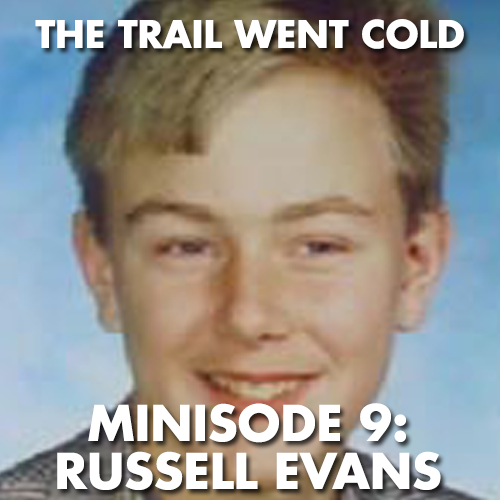 June 4, 1989. Spokane, Washington. 13-year old Russell Evans heads home after spending the evening with friends, but is soon found seriously injured in the middle of the road. Russell eventually succumbs to his injuries and the official ruling by police is that he was the victim of a random hit-and-run accident. However, the nature of Russell’s injuries and evidence from the scene do not support a hit-and-run scenario. Russell’s parents come to believe he was attacked and murdered by multiple individuals and that one of his friends is withholding the truth about what happened. “The Trail Went Cold” concludes 2016 with a very important minisode which was personally requested by one of the victim’s relatives.