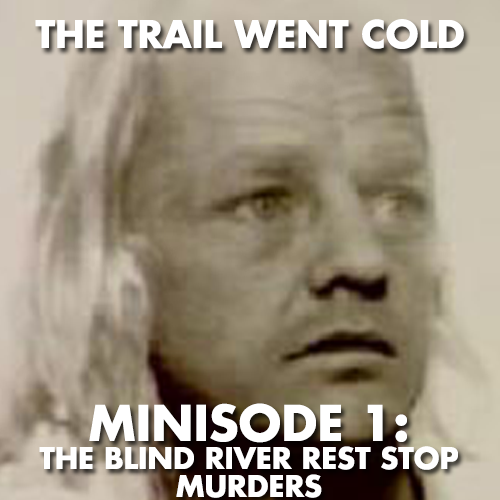 June 28, 1991. An elderly couple named Gord and Jackie McAllister drive their motor home into an isolated rest stop near Blind River, Ontario, in order to spend the night. They are awakened by an armed man, who robs them before shooting Jackie to death and wounding Gord. When a motorist named Brian Major pulls into the rest stop, the suspect fatally shoots him as well before fleeing the scene. Years later, a former Blind River resident is tied to two unsolved murders from 1970 and becomes a potential suspect in the rest stop killings. This terrifying case was featured on “Unsolved Mysteries” and is our first Canadian story. Join us for the very first minisode of “The Trail Went Cold”.