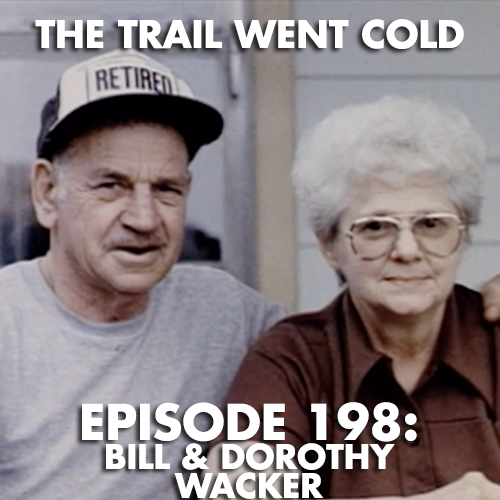 January 16, 1985. Massillon, Ohio. 64-year old Bill Wacker informs the local sheriff that his home has been ransacked and this is the third time such an incident has occurred. Months later, Bill’s wife, Dorothy Wacker, is attacked inside the house by an unidentified man who had asked to use the phone after claiming his car broke down. Over the course of the next decade, the Wackers are subject to threatening notes and phone calls, as well as other odd forms of harassment from an unknown party. Even after Dorothy is physically attacked for a second time in 1993, the authorities cannot find any evidence which points to a specific suspect and the motive for the harassment campaign is never determined. On this year’s final Halloween-themed episode, “The Trail Went Cold” tackles one of our heavily-requested stories from “Unsolved Mysteries”. In addition, this episode will also be exploring the bizarre story of 87-year old Sigrid Barginde, who was reportedly harassment for two months before she was found dead inside her home in Chicago in June 1981.

Special thanks to our sponsor of this week’s episode: Nutrafol. For 20 % off, please visit Nutrafol.com and enter the promo code “cold”.