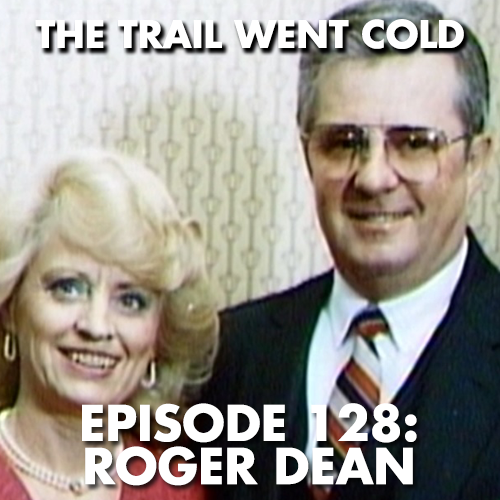 November 21, 1985. Littleton, Colorado. A masked gunman enters the home of 51-year old businessman Roger Dean and forces him to tie up and blindfold his wife, D.J.. After an apparent dispute over money, the gunman fatally shoots Roger and flees the scene, but investigators find evidence to suggest that Roger may have hired the intruder himself in a failed attempt at a kidnapping-robbery scheme. Nearly five years later, D.J. receives an anonymous letter from a man claiming to be Roger’s killer, who threatens to murder her daughter unless she pays him $100,000. Even after he instructs D.J. to drop off the money at a specified location, he does not show up and breaks off all contact. Were the extortionist and Roger Dean’s killer actually the same person? If so, what was his motive for the crime? Did Roger have some dark secrets in his background which led to his death? On this week’s episode of “The Trail Went Cold”, we examine a very bizarre and complex case of murder and extortion.

“The Trail Went Cold” will also be appearing at True Crime Podcast Festival 2019 on July 13th at the Marriott Downtown in Chicago. Please visit their website for more details.

The Trail Went Cold will be appearing at the event, “True Crime Podcasts: Live in Toronto”, being held at the Royal Cinema in Toronto on Sunday, August 18. For more information and to purchase tickets to the event, please visit this website.