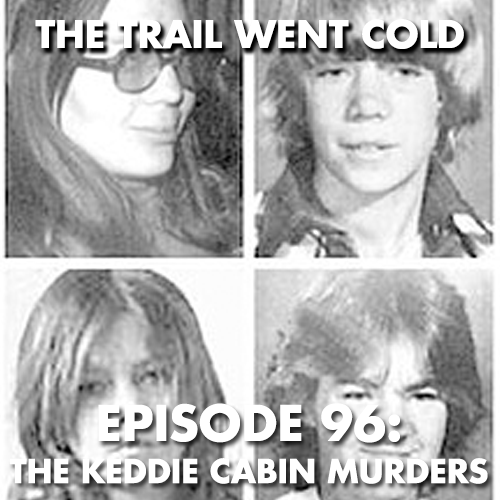 April 12, 1981. Keddie, California. 36-year old Sue Sharp, her 15-year old son John Sharp, and John’s 17-year old friend, Dana Wingate, are found brutally murdered inside Cabin 28 at the Keddie Resort. Sue’s 12-year old daughter, Tina Sharp, is missing and her skeletal remains would be discovered in a remote area three years later. Sue’s two youngest sons, along with a 12-year old family friend named Justin Smartt spent the night in a separate bedroom and were left unharmed. Over the years, the investigation would uncover two promising suspects who happened to live in another cabin at the resort. Were these two men responsible for the Keddie Cabin Murders? Was there was a cover-up by law enforcement which allowed them to escape justice? Did Justin Smartt witness the murders and block the event from his memory? Were other suspects involved in the crime? For our special Halloween episode of “The Trail Went Cold”, we will be examining an infamous case which was voted on by our listeners. Special thanks to listeners Kelly Campbell, Stuart Davis, William McCormick and Stephanie Kurtz for narrating sections of today’s episode.