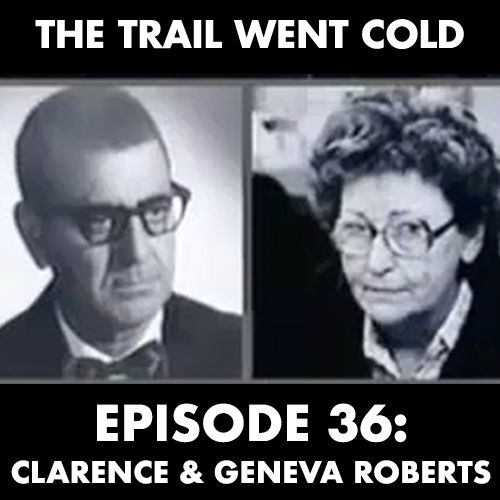 November 18, 1970. Nashville, Indiana. A barn located on the property of 52-year old Clarence Roberts burns to the ground and a charred body is found in the rubble. Clarence’s family assume the body is him, but since he was experiencing serious financial problems at the time, the authorities suspect that Clarence faked his own death, so that his wife, Geneva, could collect on some substantial life insurance policies. Ten years later, Geneva Roberts is killed in a mysterious house fire… alongside a man who is identified as her supposedly deceased husband, Clarence! But what caused the couple’s deaths and whose body was burned in 1970? This week’s episode of “The Trail Went Cold” chronicles the incredibly bizarre tale of a man who supposedly died in two different fires ten years apart.

“Notorious 92: Indiana’s Most Notorious Murders in All 92 Counties” by Andrew E. Stoner