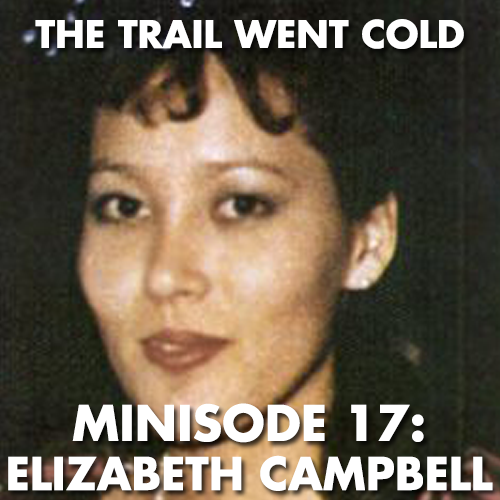 April 25, 1988. Copperas Cove, Texas. After an argument with her boyfriend, 20-year old college student Elizabeth Campbell storms out of his house and receives a ride to a convenience store. After phoning her boyfriend and making an unsuccessful attempt to convince him to pick her up, Elizabeth vanishes without a trace. Over the next few weeks, there would be multiple sightings of a woman resembling Elizabeth in the company of a possessive man, leading to speculation that she was being controlled by a pimp. Was Elizabeth abducted and murdered, or was she actually kept alive and forced into prostitution? We explore both possibilities on this week’s minisode of “The Trail Went Cold”.