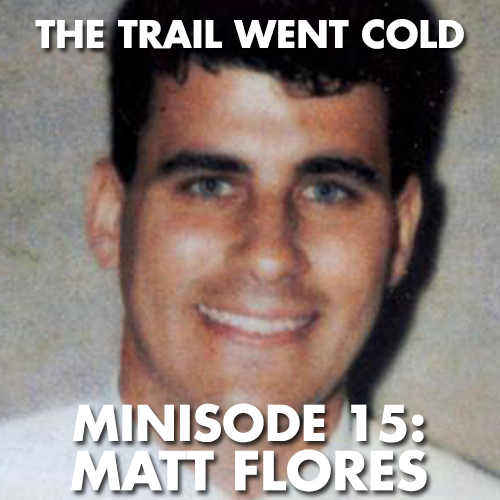 March 24, 1994. After being honorably discharged from the Army, Matt Flores begins a new job at a computer company called Applied Materials, Inc.. One morning, Matt shows up for a training session at their headquarters in Silicon Valley, but after parking his car, an unknown assailant shoots him in the back of the head. Even though there were more than twenty people in the parking lot and it was covered by security cameras, the killer manages to escape without being seen and the only clue turns out to be surveillance footage of a suspicious-looking Ford Explorer. The investigation fails to uncover anything in Matt’s background to suggest why he was killed. Was Matt deliberately targeted or was he a victim of mistaken identity? Our latest minisode of “The Trail Went Cold” examines a seemingly motiveless murder which is about as close to a perfect crime as you can get.