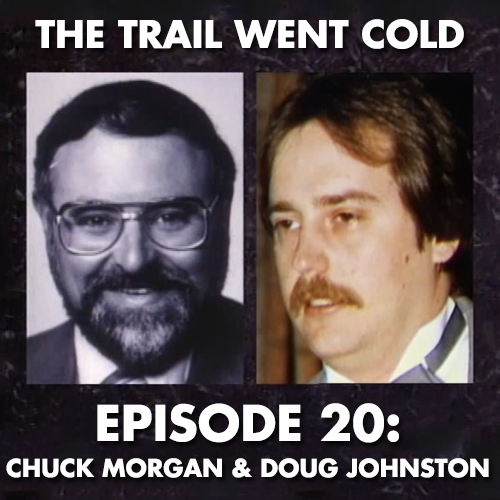 June 18, 1977. Tucson, Arizona. After disappearing from his family for eleven days, the body of escrow company owner Charles “Chuck” Morgan is found outside his vehicle in the desert. He has been shot in the back of the head and is carrying a two-dollar bill which appears to have a coded message written on it. Even though Chuck had allegedly survived a kidnapping ordeal three months earlier and there are of lot suspicious things surrounding his death, the official police ruling is suicide. Thirteen years later, a Phoenix man named Doug Johnston is shot to death… but was his murder actually intended for a journalist investigating Chuck Morgan’s case? On this week’s episode of “The Trail Went Cold”, we examine two cases featured on “Unsolved Mysteries” which may be linked together by a frightening conspiracy.