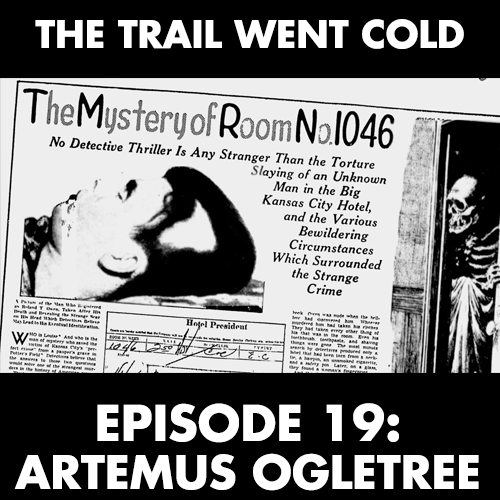 January 4, 1935. The nude body of a young man named Roland T. Owen is discovered inside Room 1046 of the Hotel President in Kansas City, Missouri. He has been tied up, beaten and stabbed and dies after being taken to the hospital. It turns out that “Roland T. Owen” is not the victim’s real name and after a mysterious anonymous benefactor sends money for his funeral, he is buried without anyone uncovering his true identity or the story behind his murder. Nearly two years later, a woman in Alabama recognizes the victim as her missing son, Artemus Ogletree, but then reveals that she was receiving letters from him months after he was murdered! In this week’s episode of “The Trail Went Cold”, I shall examine the “Mystery of Room 1046”, one of the most bizarre stories we’ve ever featured on this podcast.