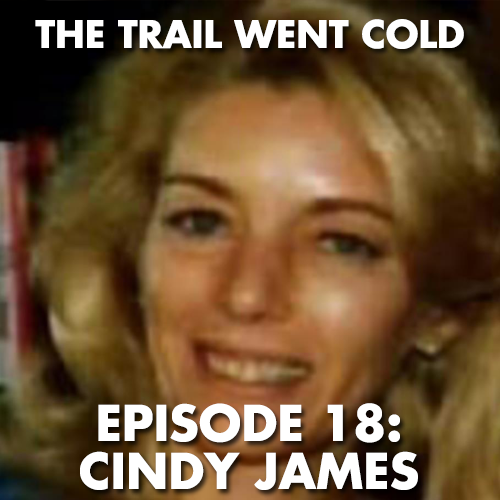 June 8, 1989. Richmond, British Columbia. Two weeks after she disappeared, the body of 44-year old Cindy James is found in the yard of an abandoned house. Her hands and feet have been tied behind her back and her cause of death is determined to be an overdose. Cindy’s death brings an end to six-and-a-half-years of terror, where she reported nearly one hundred incidents of being stalked, tormented and attacked by an unknown assailant. However, police believe that Cindy was a mentally ill woman who staged all the attacks against herself before committing suicide. Did Cindy concoct an elaborate hoax before taking her own life or was she murdered by her mysterious tormentor? In this week’s episode of “The Trail Went Cold”, I analyze one of Canada’s most baffling and hotly debated unsolved mysteries.

“The Deaths of Cindy James” by Neal Hall