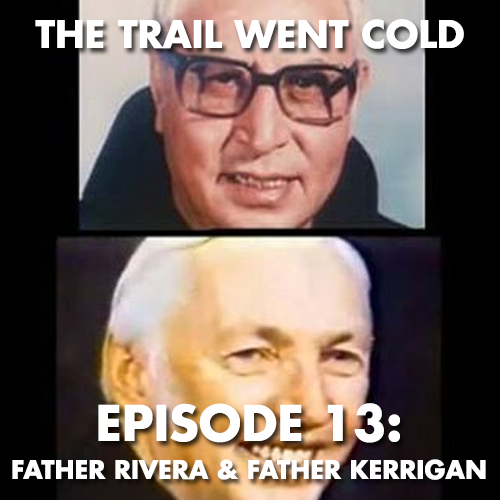 August 7, 1982. Santa Fe, New Mexico. A Catholic priest named Father Reynaldo Rivera receives a phone call from a man asking him to administer last rites to a dying relative. After leaving to meet this man at a rest stop, Father Rivera disappears and is soon found murdered. Two years later, another Catholic priest named Father John Kerrigan disappears from the community of Ronan, Montana and though his body is never found, the evidence suggests he was also murdered. There are enough similarities between the two crimes that investigators start wondering if they might be connected and committed by a serial killer targeting Catholic priests. However, allegations have surfaced to suggest that one of the priests may have been harboring dark secrets which contributed to his death. I will be analyzing two unsolved cases on this week’s episode of “The Trail Went Cold”, as I attempt to figure out what happened to both Father Rivera and Father Kerrigan.