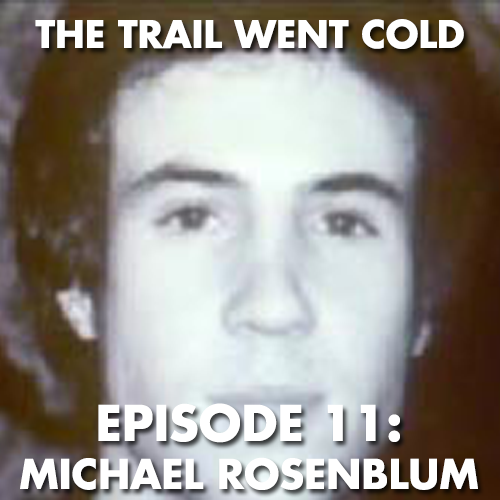 February 14, 1980. Pittsburgh, Pennsylvania. While recovering from a bad drug hangover, 25-year old Michael Rosenblum drives off in his girlfriend’s car and vanishes without a trace. The vehicle is soon found abandoned by the Baldwin Borough Police Department, but even though Michael’s family reports him missing, the police inexplicably keep the car impounded for three months without informing anyone. As the years go by, Michael’s father uncovers disturbing evidence to suggest that the Baldwin police chief helped orchestrate an elaborate cover-up involving his son’s disappearance. Even when a skull fragment belonging to Michael is found in 1992, there are no answers about what happened to him. This week’s episode of “The Trail Went Cold” chronicles the unexplained disappearance and death of Michael Rosenblum, which is perhaps our most convoluted and controversial case to date.