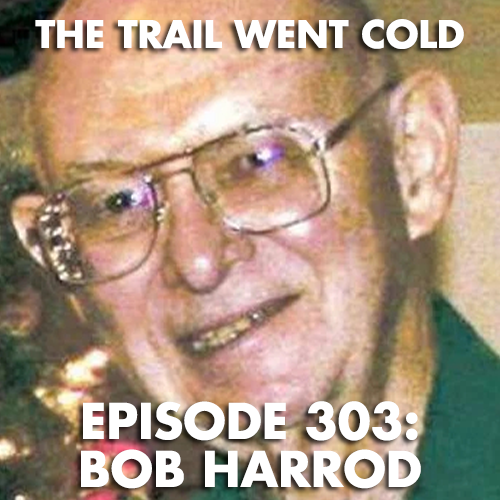 July 27, 2009. Placentia, California. 81-year old Bob Harrod is discovered to be missing from his home and he has left his car and his eyeglasses behind. One month earlier, Bob had gotten married to Fontelle Heeter, a former spouse whom he had not seen in six decades, and she was scheduled to move in with him two days after he disappeared. Since Bob has a substantial net worth, the division of his estate causes a lot of friction between Fontelle and Bob’s daughters. There is speculation that Bob’s financial situation played a role in his disappearance, but he is never found and there is no physical evidence to indicate what happened to him. On this week’s episode of “The Trail Went Cold”, we explore the tragic case of Bob Harrod, whose life suddenly transitioned from a heartwarming love story to a baffling unsolved mystery.

“The Trail Went Cold” is on Patreon. Visit www.patreon.com/thetrailwentcold to become a patron and gain access to our exclusive bonus content.

“The Trail Went Cold” is now doing a weekly livestream show on Vokl every Thursday from 7:00-8:00 PM ET as part of their “True  Crime Thursday” line-up. For more information, please visit their website.