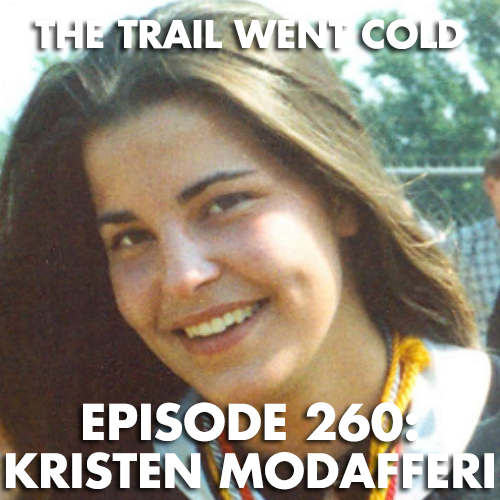 June 23, 1997. San Francisco, California. After completing her shift at a coffee shop at the Crocker Galleria, 18-year old Kristen Modafferi vanishes without a trace. Even though co-workers report seeing Kristen with a blonde woman at the mall, this woman is never identified, and a police bloodhound tracks Kristen’s scent to the edge of the Pacific Ocean at Lands End over six miles away. Weeks later, a man named Jon Onuma phones in a fake tip in which he falsely accuses two women of murdering Kristen, but even though Onuma does a number of suspicious things and multiple women accuse him of abuse, no conclusive evidence can be found to link him to Kristen’s disappearance. Was Kristen Modafferi harmed by Jon Onuma? If not, then how did she wind up going missing? On this week’s episode of “The Trail Went Cold”, we explore the perplexing disappearance of a young university student where all the pieces of the puzzle just don’t seem to fit together. Special thanks to listener Gretchen Piening for narrating the opening for this episode.