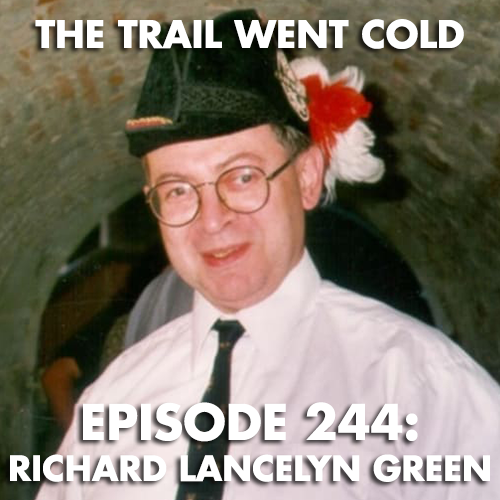 March 27, 2004. London, England. 50-year old Richard Lancelyn Green, considered to be the world’s foremost scholar on Sherlock Holmes, is discovered dead on top of his bed inside his flat. His cause of death is determined to be asphyxiation, as he was garrotted with a shoelace which was tightened around his neck with a wooden spoon. Prior to his death, Lancelyn Green told people his life was in danger over a dispute involving a collection of rare documents from author Sir Arthur Conan Doyle, but since there is no definitive evidence pointing towards homicide or suicide, the coroner returns an open verdict on his death. Was Richard Lancelyn Green the victim of foul play or did he intentionally stage a very unusual and elaborate suicide? On this week’s episode of “The Trail Went Cold”, we explore the unexplained death of a Sherlock Holmes expert which resembles a scene from a fictional murder mystery.

Be sure to check out our promo for the serialized true crime podcast, “Tapes from the Darkside”. Each season, they take one case and investigate in-depth using primary audio from 911 calls, police interrogations and interviews, court proceedings, and any other relevant source they can find.