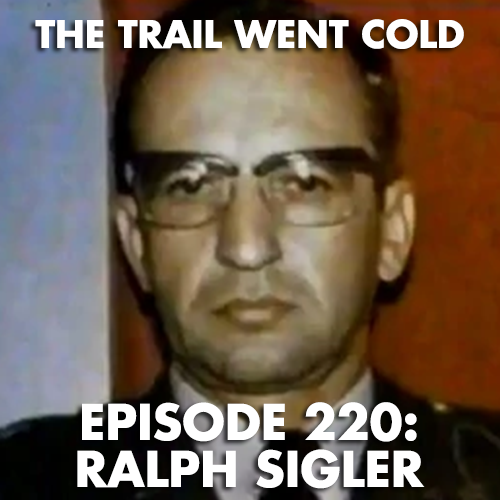 April 13, 1976. Jessup, Maryland. Ralph Sigler, a 47-year old Chief Warrant Officer with the United States Army, is found dead inside a motel room after an apparent suicide in which he electrocuted himself. For the past decade, Ralph had been working as a counterintelligence agent who provided classified information to spies from the Soviet Union, but since he had fallen under suspicion for failing several polygraph tests, the Army concludes that Ralph elected to take his own life. However, Ralph’s family discovers a number of discrepancies, including some unexplained injuries on his body, to make them suspect Ralph was tortured before someone murdered him. Was Ralph Sigler’s death an elaborate suicide or was he a victim of foul play? On this week’s episode of “The Trail Went Cold”, we explore a controversial Cold War-era mystery involving spies and espionage.

“The Trail Went Cold” is going to be appearing on podcast row at “Crimecon UK” at the Leonardo Royal Hotel &  Spa in London on September 25-26, 2021. To get a 10 % discount on the  purchase of tickets to either event, please use our specialized promo  code, “COLD21”, by visiting https://www.crimecon.co.uk.