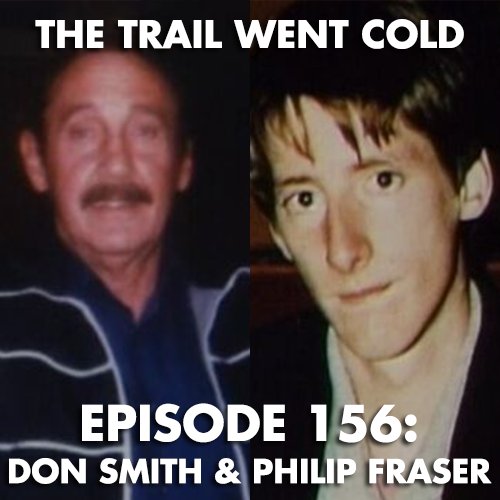 May 16, 1987. Denver, Colorado. After a collision with another vehicle, the unidentified driver of a pick-up truck runs away from the accident scene. Police discover that the man was registered at a local motel under the name “Larry Monroe” and the truck is registered to a 55-year old California resident named Don Smith. Five days earlier, Don had left on a road trip to visit relatives and his murdered body is eventually discovered in a remote area of Idaho. Before his death, several witnesses saw Don in the company of a man matching the description of the mysterious “Larry Monroe”, but the suspect is never found.

June 18, 1988. 40 Mile Flats, British Columbia. After leaving his home in Anchorage, Alaska on a lengthy road trip to Washington state, 23-year old Philip Fraser stops at a remote café and agrees to give a ride to a hitchhiker. The following evening, Philip’s abandoned, burned-out vehicle is discovered at a car wash in Prince George and his murdered body is found in a remote gravel pit one month later. On the same day Philip went missing, a couple had come across the hitchhiker with Philip’s car and allowed him to spend the night in their home. Evidence suggested that this man was attempting to assume Phillip’s identity, but investigators are unable to track him down.

On this week’s episode of “The Trail Went Cold”, we cover two unsolved cold cases in which the victims were murdered after picking up an unidentified hitchhiker.

This episode of The Trail Went Cold is brought to you by Best Fiends, a unique and exciting puzzle experience unlike other puzzle games out there. Download it FREE on the Apple App Store or Google Play.