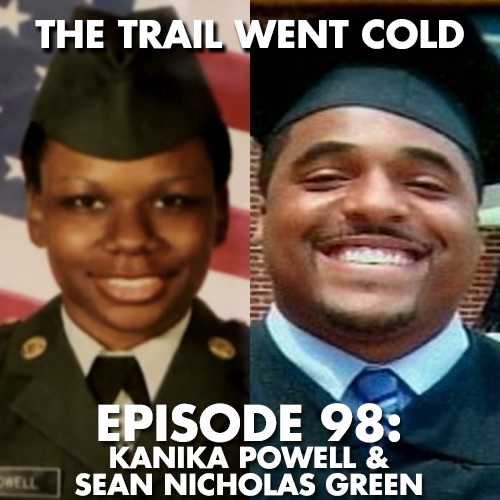 August 28, 2008. Laurel, Maryland. While returning to her apartment after running errands, 28-year old Army veteran and government employee Kanika Powell is shot to death inside the building’s hallway. In the preceding days, Kanika claimed that separate men impersonating an FBI agent and a deliveryman had knocked on her apartment door, but she refused to let them inside. Two-and-half-months later, Sean Nicholas Green, a 31-year old government employee living in Oxon Hill 30 miles away, is shot to death by a masked gunman while parked in traffic. Could the two crimes be connected? Were Kanika and Sean both murdered because they happened to work government jobs requiring top secret clearance? This week’s episode of “The Trail Went Cold” examines a pair of baffling, seemingly motiveless unsolved murders which have left investigators stumped for the past decade.